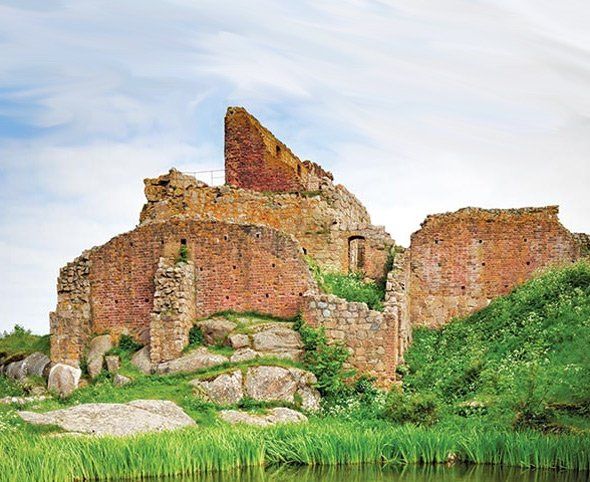 Explore nine countries united by the Baltic Sea, discover their intertwined histories, and encounter fascinating cultures. Delve deeper through dramatic water approaches, foray into character-filled villages and island stops for quiet walks. Wander along the medieval walled city of Visby, explore dazzling St. Petersburg over two days, and dine on local specialties—or have a deck party in the tranquil Swedish Archipelago. Enjoy ample choices and avenues for exploration in each of the cities. And explore from a privileged vantage point—cruising the Baltic Sea by ship allows us to sail routes of the old Hanseatic League, in the paths of early traders and nobles, and it lets us enter the cities as they were meant to be—by sea.

Elegant is the word that will come to mind.

As you take in the Danish capital’s rich history and traditions. With castles and crown jewels, galleries and museums, cathedrals and canals, the sightseeing ranks among the best in Europe.

The Strøget is a series of pedestrian-only streets which make strolling and shopping a pleasure. And be sure to visit Tivoli, a unique combination of picture-perfect flower gardens, lakes, theaters and restaurants with more than 100,000 colored lights.

Its silhouette is as unmistakable as its emblem is world-famous: Lübeck, the “City of Seven Towers” with the Holsten Gate.

Behind this imposing entrance you’ll find the former “Queen of the Hanseatic League”, today a UNESCO cultural heritage site. In 1987 the entire Old Town was distinguished with this status: a work of art comprising over 1,000 buildings ranging from Romanesque to modern styles that have been designated as protected historic monuments. They include the City Hall, Gothic brick churches, the Buddenbrook House, magnificent merchants’ houses, the medieval Holy Ghost Hospital, and looming brick gabled houses with romantic courtyards.

Our recommendations:
Enjoy all of the facets of this Hanseatic city – a cultural experience that offers you the Heinrich and Thomas Mann Center, as well as the culinary delights provided by exquisite marzipan and a glass of rotspon.

Wasn’t Leningrad here a minute ago? Maybe a few years ago, but since the fall of Communism this shining jewel of a city has reverted to its original name, St. Petersburg, named for Peter the Great, who built it as a fortress in 1703.

Elegant facades, glorious cathedrals and grand residences were built along the city’s canals. Construction flourished under Catherine the Great, and the city gained new splendor with elaborate palaces, lovely parks and magnificent squares designed by French and Italian architects. St. Petersburg is the most European city in Russia, and the most
spectacular.

Founded as a fortress in the 13th century, Stockholm eventually grew to become the capital of Sweden. It is a city of remarkable beauty with numerous parks, tree-lined squares and boulevards, and pleasant water vistas. To grasp the full character of Stockholm, visitors must hop from island to island, each of which boasts its own personality. Sergels Torg, a central square located in Norrmalm, serves as the focal point for modern Stockholm. On Helgeans Holmen, the tiny island
immediately south of Norrmalm, sits the Riksdagshuset (Parliament Building), followed by the medieval Gamla Stan (Old Town) island and then the large Sodermalm, a bohemian enclave in a former blue-collar quarter.

Across the Strommen (the Current) lie the two scenic islands of Skeppsholmen and Kastell-Holmen. Farther east, Djurgarden Island houses a number of city museums and connects to the northern Ostermalm, a pricey residential neighborhood that adjoins Norrmalm sprawling across 14 islands, the Swedish capital has always enjoyed an ideal
commercial location at the confluence of Lake Malaren and the Baltic Sea. As a result, a forest of high-rise office buildings and condominiums has grown up beside the medieval castles that once guarded Sweden’s strategic waterways. Founded in the mid-13th century, this former outpost developed into a vibrant capital in the 17th century, when landscapers and architects began to build elegant parks and squares that rivaled those in the finest European cities.

Today, picturesque Stockholm boasts a stunning combination of man-made gardens in its center and natural scenery on its outskirts, where sun-lit lakes shimmer in the pine-clad countryside.

The capital and largest city in Estonia, Tallinn is located on the Gulf of Finland, south of Helsinki, Finland. It offers an interesting blend of modern, Western atmosphere with well preserved medieval buildings, walls and narrow streets. It is very popular with artists and has numerous galleries, museums and cultural festivals.

Offer subject to availability and change without notice. Some restrictions may apply.

Click on the buttons below to request a quote on this deal or contact us directly with further questions or comments.

Request A Quote Send To A Friend Have A Question? Contact Us